One of the most common issue every mod-rewrite users encounter while using RewriteRule directive to shorten their URLs is the IMG, CSS , JS and other relative resources failing to load.
If you are using RewriteRules to rewrite your URLs then you may sometimes face this kind of issue . This is a normal behavior. There is nothing wrong with your htaccess configuration and there is nothing that can be done to fix this by editing or by adding something to your htaccess file.
The solution to fix this issue is really simple and it doesn’t require a huge lines of code. Just a one single html tag can fix your problem.
In this post , I will give tell you how to fix your CSS, JS, and other relative resources for rewritten URL, but before we jump to the solution let’s first understand the reason why our files failed to load on a rewritten path.

Why IMG, CSS, JS failed to load on a rewritten path

How to solve IMG CSS JS not loading on rewritten path

It’s very simple to fix this problem. You either need to use a base tag or change the relative path to absolute in your files.
For example , if you are linking a js file using a relative path in your document, change its path from :
<script src=”something.js”>
To <script src=”/something.js”>
and do the same for images or other relative resources. While this can be tough to manually change files path one by one if you have hundreds or relative links in a document, in that case what you can do to quick fix it is just add a single liner base tag to the head section of your document.
<base href=”/”> inbetween <head> and </head> will fix all relative links in your document.

No votes so far! Be the first to rate this post. 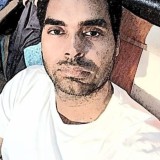 I am a freelance web developer/designer , blogger and StackOverflow contributer from India.

Popular posts on this blog